The NBER Summer Institute Workshop on the Economics of Aging and Health is an annual five-day workshop held in mid- to late July which brings together about 150 research scholars who have a common interest in economic analyses of aging, retirement, and health care issues. The workshop has been held each year since 1986, with partial support from the National Institute on Aging since 1993. It is widely recognized as an important annual gathering for scholars engaged in aging-related research.
Core funding for the Summer Institute comes from NBER resources. NIA funds are requested to cover a share of total travel and lodging expenses for presenters and participants, enabling us to extend invitations to a larger group of researchers in the field, including scholars engaged in aging-related research from numerous research universities throughout the United States (including most of the NIA-supported Centers on the Demography of Aging), researchers working on aging and health issues in other countries, representatives of government agencies, and newer investigators developing or expanding their research agenda in aging. The larger and broader participation made possible with NIA support plays an important role in enriching the overall program.
This application requests continued NIA funding to support the participation of a broad group of scholars in Summer Institute Workshops from 2015 through 2019. 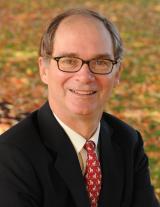 Supported by the National Institute on Aging grant #R13AG011570