The recent financial crisis has underscored the importance of understanding the mechanics of the banking system and especially the mechanisms used to allocate liquidity/short-term funds among the participating banks. Many financial markets are organized as auctions and the goal of this proposal is to leverage the economic theory explaining behaviour in auction markets in order to speak to the mechanics of the financial markets themselves. For example, much of the transactions between banks takes place over-the-counter and is thus unobserved to outsiders. Nevertheless since banks participate frequently in various transactions with the central banks, such as auctions of loans conducted by the European Central Banks, we can construct a link between the cost of funding a bank faces in the interbank market and its willingness-to-pay for a loan from the central bank. The auction theory informs us how bidders would translate their willingness-to-pay into bids given an auction mechanism. We can therefore employ econometric techniques that allow us to do the reverse: recover the willingness-to-pay from the observed bids and thus to recover the cost of funding of every bank. This proposal consists of several projects described in more detail below that make use of this approach to address important issues such as quantification of systemic risk, evaluation of the mechanism used to settle the credit default swap contracts financially or estimation of the elasticity of demand for US Debt.

In the first part of this project the PI proposes to recover information about the cost of short-term funding by using bids from the European Central Banks (ECB) weekly refinancing auctions, the primary tool of European monetary policy. The PI proposes to a novel method that utilizes the dynamics of these funding costs to gain insights about the financial network (the unobserved exposures of banks to one another) in order to quantify the systemic risk: the extent to which a negative shock to one bank can affect the funding costs of other banks. This research is thus a direct complement to parallel efforts to estimate this important parameter, which regulators are very interested in. The PI focuses on the time of severe distress (2007-09), which includes the onset of the 2007 financial crisis and the failure of Lehman Brothers. Using bids from main refinancing operations of the ECB, the project will contribute to our understanding of financial networks and it will provide methods how to uncover the links between banks, which are typically unobserved due to the over-the-counter nature of the interbank transactions, using auxiliary data. The second part of the project focuses on auctions held after various triggering events such as defaults that are aimed at financial settlement of credit default swaps (CDS). Since the amount of outstanding CDS contracts greatly exceeds the amount of covered bonds, the currently employed two-stage auction procedure is a very important price-discovery mechanism that allows for financial settlement of these contracts after a triggering event. Yet, the strange features of this mechanism may cast some doubt on whether the participants have the right incentives to behave in a way that the resulting price of the bond corresponds to its true value. The proposed project therefore will contribute to our understanding of this important market by evaluating the benefits and deficiencies of the two-stage mechanism that is currently used. The final part of this project focuses on the issuance of US Debt by the Department of Treasury. The goal is to estimate the elasticities of demand for different debt instruments of various maturities and their substitution patterns by recovering the willingness-to-pay for various securities directly from the submitted bids. These results should help the Treasury guide its decision on the mix of maturities that are sold in a given week. The secondary goal of this project is to analyze the costs and benefits of the primary dealer
system.

Broader impact: The proposed research has the potential to generate measures of financial health of individual banks and quantify the importance of a bank for the whole system, i.e., its "systemic-ness". Using the proposed methods we thus may be able to formally identify the "too-big-to-fail" banks, and hence we may improve targeting of potential policy interventions. The analysis of credit default swap auctions should shed some light on the reliability of that mechanism to discover the correct price of bonds of defaulted issuers and potentially point to its deficiencies and propose improvements to the auction mechanism. The results should be of interest to regulators, central banks and policy-makers. The results will be disseminated broadly to promote their application by the relevant institutions. 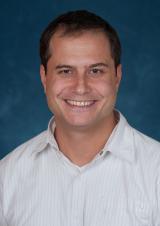 This project is supported by the National Science Foundation under grant number 1352305.