The central role of social networks in the transmission of ideas and information is widely recognized. People hear of things from their friends, pass them on to other friends and may continue to receive the same message multiple times from yet others in their network. This is often how people learn about jobs and health practices, but it is also how groups can become fixated on highly implausible ideas and rumors.

This award funds research that uses an integrated approach to study how people learn information from their friends, neighbors, and colleagues. The goal is to answer two key questions. First, who are the best people within a network to inform if we want the information to reach the right people? Second, suppose a set of people are initially informed of the correct fact or infected with the wrong idea. How far would the information or idea reach without becoming diluted or distorted? In order to answer the first question we need to be able to identify the structure of the social network. Identifying network structure is usually achieved by surveying the residents of a community and asking them about all their connections along every possible dimension with everyone else in the community. This is prohibitively expensive for most communities.

The award funds research on the use of a different methodology for identifying networks. Members of the community are invited to participate in a simple field experiment. By observing people's strategies and performance in the field task, the researchers will be able to infer the paths of information flow through the network. Knowing who talks to whom is not enough to predict patterns of learning. We also need to know of how people combine information from different sources--do they, for example, keep track of the source of the information? What happens if they get the same report twice from the same person? Are some sources weighted more than others? The second part of the project determines how people actually process new information they receive from community sources.

Finally, to test the model the research team will use it to predict the best way to inform people about an actual new product. They will then measure whether their optimal strategy does better than random distribution of information. This part of the research will be conducted as a randomized control trial.

The research will create two new data sets, one based on the field experiment in 75 communities and the other based on the same choice task carried out in an online lab, where the team can place individuals within a constructed social network. Crucially, in the lab experiment, communication is unrestricted and individuals have an access to a free text-chat interface. The first allows us to test if the inferred network is the same as the actual network) as well as study a field-based opinion formation process. The second allows to observe the exact time structure of learning (who talks to whom first and what does she learn from that conversation), which is key in building and testing different models of learning (though both data sets will be used for the tests). The research team will test two different models against these data: the standard DeGroot model as well as a new model called a Partial DeGroot model, which is similar in spirit to the DeGroot model but has quite different long-term learning properties. They also plan to examine Bayesian learning on graphs. The final validation exercise will be contacted as an RCT comparing random seeding of information with a seeding that makes use of the learning games from our project.

The project will provide rigorous empirical evidence to test theories of how individuals learn. If successful, the result will be a low-cost methodology to infer network structure and a metric by which to measure its efficacy. Better understanding of how information is passed, how beliefs are formed, and why people sometimes arrive at the wrong beliefs, is key to designing better policies. 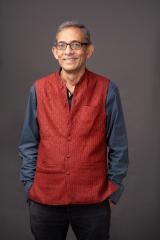 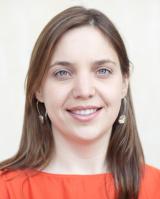 This project is supported by the National Science Foundation under grant number 1326661.