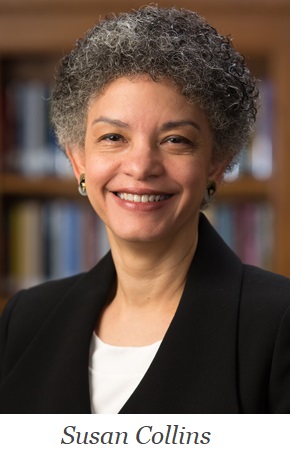 Collins is an expert on international macroeconomics who taught at Harvard University and Georgetown University before moving to Michigan, where she is the Edward M. Gramlich Collegiate Professor of Public Policy and a professor of economics. She served for a decade as the dean of the Gerald R. Ford School of Public Policy. She received her undergraduate degree from Harvard and her PhD from MIT, both in economics.

Collins was an NBER research associate affiliated with the International Finance and Macroeconomics Program until her election to the NBER board in 2019.