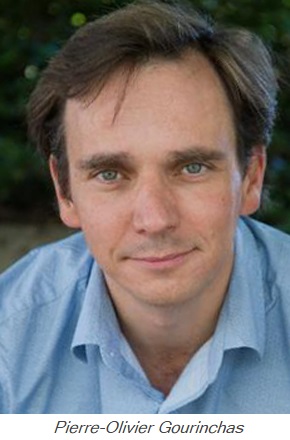 Pierre-Olivier Gourinchas, professor of economics and the S.K. and Angela Chan Professor of Global Management at the University of California, Berkeley’s Haas School of Business, and director of the NBER International Finance and Macroeconomics (IFM) program, has been named the next Economic Counselor and Director of Research at the International Monetary Fund (IMF). After a transition period, he will assume this position full time and step down from his program director role in April. Other NBER affiliates who have previously served in this position include Olivier Blanchard, Jacob Frenkel, Simon Johnson, Michael Mussa,Raghuram Rajan, Kenneth Rogoff, Maurice Obstfeld, and Gita Gopinath, who served with Gourinchas as codirector of the NBER IFM program before joining the IMF in 2019.