The Housing Market Crash and Wealth Inequality in the US 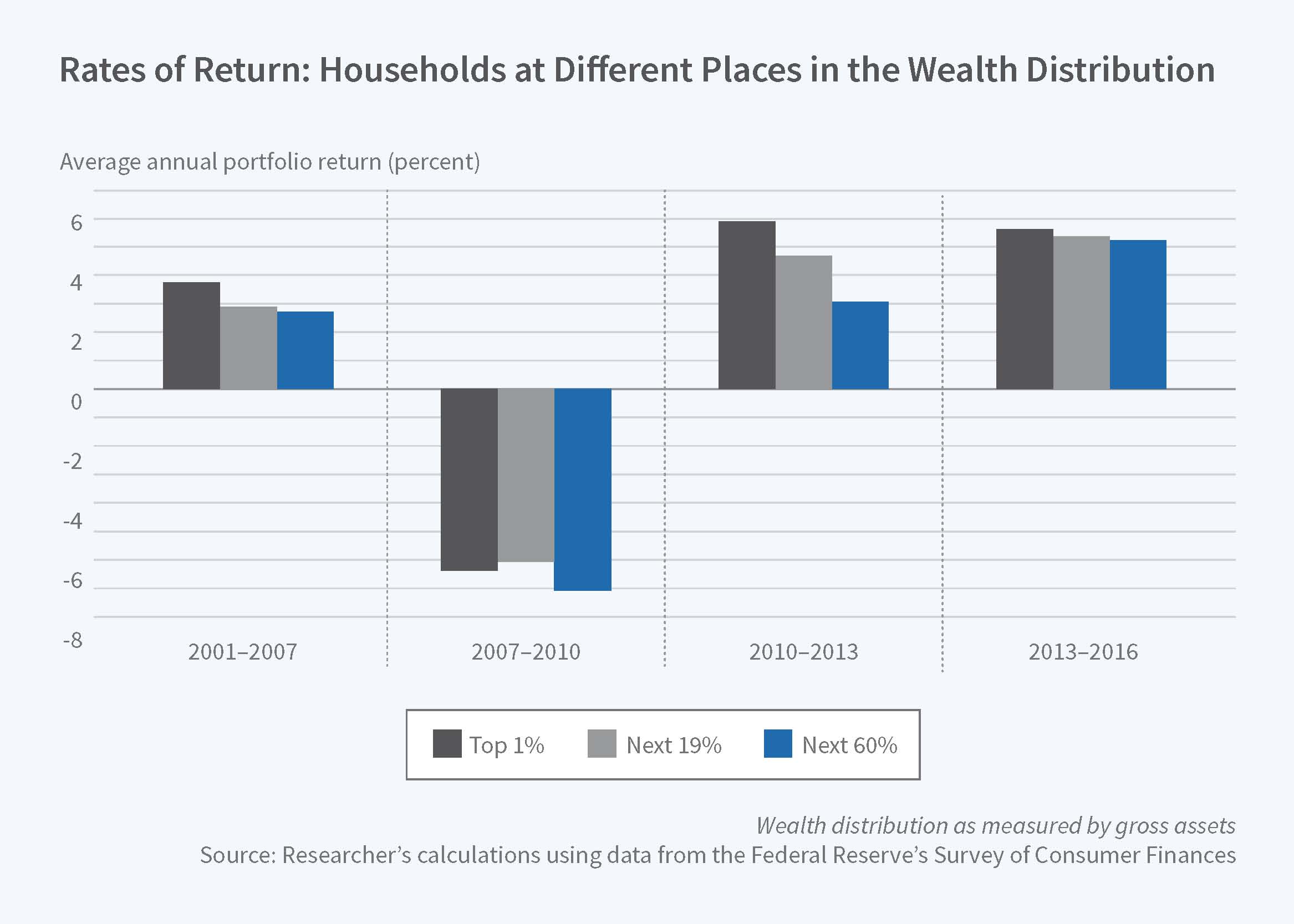 Middle-class households tend to be heavily leveraged, with their homes as primary assets, while the rich tend to have more diverse investments. This made the middle class particularly vulnerable to the housing market crash.

Wealth inequality in the U.S. rose steeply between 2007 to 2010, largely as a result of the sharp decline in house prices during that period, Edward N. Wolff reports in Household Wealth Trends in the United States, 1962 to 2016: Has Middle Class Wealth Recovered? (NBER Working Paper No. 24085). Households with a greater concentration of wealth in their homes — including younger households, African Americans, and Hispanics — fared worse than other groups. The decline in home prices had a far greater percentage impact on the net worth of the middle class than the stock market plunge had on net worth of the top 1 percent.

The study draws on data from the Survey of Consumer Finances (SCF), which was conducted eleven times between the years 1983 and 2016. It defines wealth as net worth — the current value of all marketable assets minus any outstanding debts. This wealth measure excludes the future value of Social Security benefits and defined benefit pension payments. Median net worth declined from $118,600 in 2007 to $66,500 in 2010. Mean net worth, which is more sensitive to the holdings of high net worth households, declined from $620,500 to $521,000 — a drop of 16 percent. By 2016, median net worth had rebounded to $78,100, while mean net worth had reached $667,600, surpassing its 2007 value.

The rich tend to have a more diverse range of investments than the middle class, making them less vulnerable to declines in particular asset categories. The middle class tends to be heavily leveraged, with their homes as primary assets. As a result, they were disproportionately affected by the housing crash. Median wealth fell more than house prices from 2007 to 2010.

The study also reports the average return on all investments for households in different strata of the wealth distribution. For the period 1983-2016, "the average annual return on gross assets for the top 1 percent was 0.57 percentage points greater than that of the next 19 percent and 1.44 percentage points greater than that of the middle quintiles." This return differential, which contributes to greater wealth accumulation by those in higher wealth categories, is largely due to greater weight on owner-occupied housing in the asset holdings of the middle class, and a higher weight on corporate stocks — historically a high return asset class — in the portfolios of the wealthiest households.

The study also notes a significant reduction in the relative wealth of the young versus the old during the Great Recession. "The average wealth of the youngest age group [households headed by someone under the age of 35] collapsed almost in half, from $105,500 in 2007 to $57,000 in 2010 (measured in 2016 USD), its second lowest point over the 30-year period ...while the relative wealth of age group 35-44 shrank from $357,400 to $217,600, its lowest point over the whole 1983 to 2010 period." This may be the result of younger households having bought homes at peak housing prices. The wealth of older age groups declined by less during this period.

Household Wealth Trends in the United States, 1962 to 2016: Has Middle Class Wealth Recovered?