The United States in the World Economy 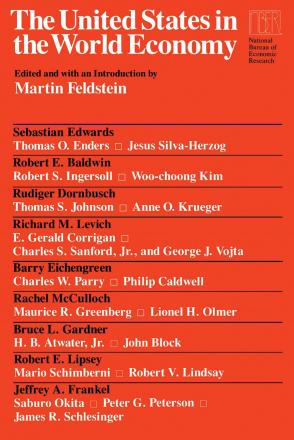 The United States in the World Economy offers the results of a conference organized by the National Bureau of Economics in 1987. The volume includes background papers prepared by nine academic economists, personal statements by individuals prominent in government and business, and summaries of the discussion that followed the presentations. Among the topics considered are foreign competition in Latin America and the Asian Pacific Rim, Third World debts, innovations in international financial markets, changing patterns of international investment, international capital flows, and international competition in goods, services, and agriculture. Prepared for a sophisticated but non-technical audience, these papers present complicated economic issues clearly, indicating the many ways in which the American economy influences and is influenced by economic events and conditions around the world.