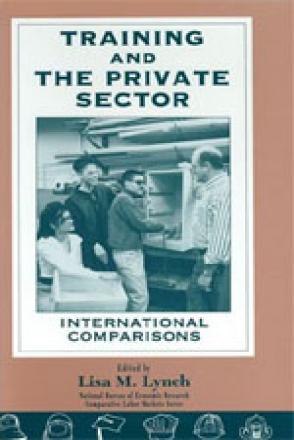 How can today’s workforce keep pace with an increasingly competitive global economy? As new technologies rapidly transform the workplace, employee requirements are changing and workers must adapt to different working conditions. This volume compares new evidence on the returns from worker training in the United States, Germany, France, Britain, Japan, Norway, and the Netherlands.
The authors focus on Germany’s widespread, formal apprenticeship programs; the U.S. system of learning-by-doing; Japan’s low employee turnover and extensive company training; and Britain’s government-led and school-based training schemes. The evidence shows that, overall, training in the workplace is more effective than training in schools. Moreover, even when U.S. firms spend as much on training as other countries do, their employees may still be less skilled than workers in Europe or Japan.
Training and the Private Sector points to training programs in Germany, Japan, and other developed countries as models for creating a workforce in the United States that can compete more successfully in today’s economy.