Explaining the Reversal in the Trend of Older Workers’ Employment Rates: The Case of France 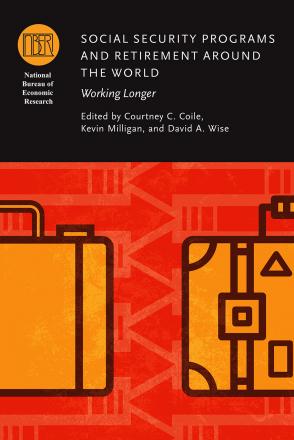 A significant upturn in labor force participation rates has been observed in France and other developed countries since the beginning of the 2000s, after having reached a very low point at the turn of the century. This reversal is generally presented as a consequence of successive pension reforms that, since 1993, have progressively changed requirements for full pension benefits. However, studies have shown that there is an asymmetry in the impact of pension reforms on older workers’ employment: an increase in generosity decreases their employment rate, but the reverse process can be more complex. Other studies show that the recent crisis has reshaped the approach to the question of older workers’ retirement paths. Moreover, some independent socioeconomic factors could have affected labor force attachment even without reforms. Disentangling the effects of these different explanations is the purpose of this chapter. We document the general situation in France over the recent period exploring possible reasons for older workers’ increased employment. To analyze pension policies we use a dynamic microsimulation model that can simulate future changes in retirement behavior linked with changes in pension rules, and provide counterfactual microsimulations of retirement behavior in the absence of reforms enacted since 1993.