Healthy, Happy, and Idle: Estimating the Health Capacity to Work at Older Ages in Germany 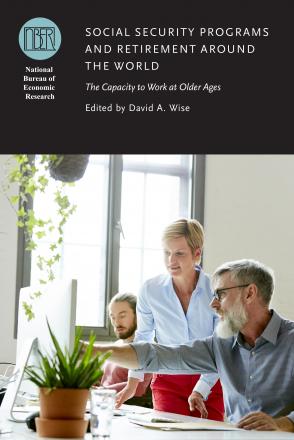 After two decades of reforms that have tightened eligibility for early retirement and the generosity of social security payments, the German government has begun to turn back time and re-introduce more generous disability and early retirement benefits. Often, poor health is cited as the main reason why workers cannot work until the regular retirement age. In this chapter, we try to answer a seemingly simple question: what is the proportion of older individuals who could work in the labor market if they wanted to and if they were not limited by poor health? To answer this question, we follow two different empirical approaches with a similar logic: we estimate the link between health and labor force participation in a population whose employment patterns are or were hardly affected by the current (early) retirement incentives. Using these “pure health effects” on labor force participation to extrapolate to a population that is currently strongly affected by legislation informs us how many could not work for health reasons and how many could work. We find substantial capacity to work among the older population. We estimate that two thirds of the population would be capable of working in the labor market until they turn 70 if they wanted to.

Healthy, Happy and Idle: Estimating the Health Capacity to Work at Older Ages in Germany
Author(s): Hendrik Jürges, Lars Thiel & Axel Börsch-Supan
After two decades of reforms that have tightened eligibility for early retirement and the generosity of social...