Immigration and Invention: Does Language Matter? 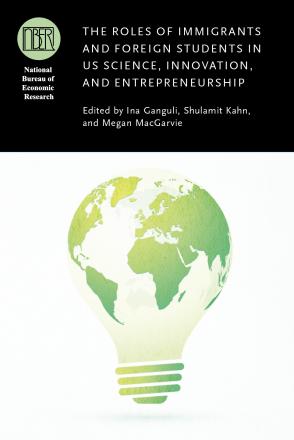 Economists have long noted that linguistically diverse immigrant flows might have a particularly large impact on innovation and creativity, through the introduction and combination of new perspectives, information, and habits (Alesina and La Ferrara, 2005). On the other hand, if innovation depends on communication, and communication depends on a common language, then linguistically uniform immigration flows may have the largest impact on innovation. In this paper, we make use of features of the 1920s U.S. immigration quotas that caused some of the “missing immigrants" to be absent from cities which had many residents who happened to speak their language, while other “missing immigrants" were absent from cities which had few residents who spoke their language. The resulting changes in innovation are consistent with a U-shaped curve for the effect of linguistic diversity on the innovativeness of a society. Too much linguistic diversity creates a “tower of babel" effect, in which people have unique things to talk about but no common language to say them in. Too little linguistic diversity creates a homogeneous population, in which people have a common language but nothing unique to share. The optimal amount of linguistic diversity for a creative society appears to be somewhere in between.