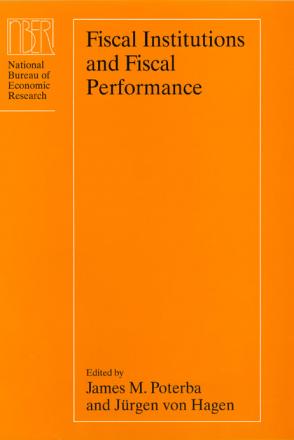 The unprecedented rise and persistence of large-scale budget deficits in many developed and developing nations during the past three decades has caused great concern. The widespread presence of such deficits has proved difficult to explain. Their emergence in otherwise diverse nations defies particularistic explanations aimed at internal economic developments within a specific country.
Fiscal Institutions and Fiscal Performance shifts emphasis away from narrow economic factors to more broadly defined political and institutional factors that affect government policy and national debt. This collection brings together new theoretical models, empirical evidence, and a series of in-depth case studies to analyze the effect of political institutions, fiscal regulations, and policy decisions on accumulating deficits. It provides a fascinating overview of the political and economic issues involved and highlights the role of budgetary institutions in the formation of budget deficits.