Differences and Changes in Wage Structures 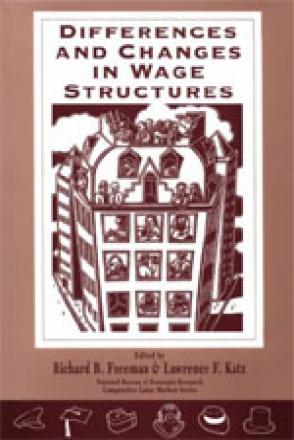 During the past two decades, wages of skilled workers in the United States rose while those of unskilled workers fell; less-educated young men in particular have suffered unprecedented losses in real earnings. These twelve original essays explore whether this trend is unique to the United States or is part of a general growth in inequality in advanced countries.
Focusing on labor market institutions and the supply and demand forces that affect wages, the papers compare patterns of earnings inequality and pay differentials in the United States, Australia, Korea, Japan, Western Europe, and the changing economies of Eastern Europe. Cross-country studies examine issues such as managerial compensation, gender differences in earnings, and the relationship of pay to regional unemployment.
From this rich store of data, the contributors attribute changes in relative wages and unemployment among countries both to differences in labor market institutions and training and education systems, and to long-term shifts in supply and demand for skilled workers. These shifts are driven in part by skill-biased technological change and the growing internationalization of advanced industrial economies.