The Costs and Benefits of Price Stability 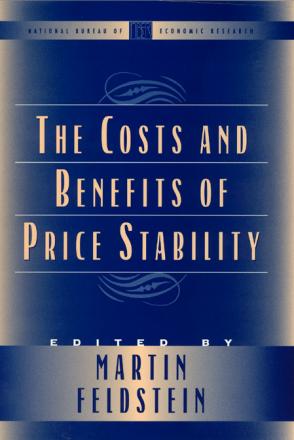 In recent years, the Federal Reserve and central banks worldwide have enjoyed remarkable success in their battle against inflation. The challenge now confronting the Fed and its counterparts is how to proceed in this newly benign economic environment: Should monetary policy seek to maintain a rate of low-level inflation or eliminate inflation altogether in an effort to attain full price stability?
In a seminal article published in 1997, Martin Feldstein developed a framework for calculating the gains in economic welfare that might result from a move from a low level of inflation to full price stability. The present volume extends that analysis, focusing on the likely costs and benefits of achieving price stability not only in the United States, but in Germany, Spain, and the United Kingdom as well. The results show that even small changes in already low inflation rates can have a substantial impact on the economic performance of different countries, and that variations in national tax rules can affect the level of gain from disinflation.