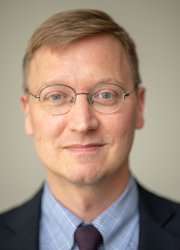 Douglas Almond is a research associate in the NBER’s programs on Aging, Children, and Environment and Energy Economics. He is a professor of economics and international and public affairs at Columbia University, and serves as co-director of Columbia’s Center for Environmental Economics and Policy.

Almond’s research focuses on health and environmental economics. He has written extensively on the determinants of infant health outcomes, including papers demonstrating the long-term consequences of pre-natal exposures, including to the 1918 flu pandemic and to Chernobyl fallout in Sweden. His work has also examined the impacts of medical care and public policies, such as food stamps, on infant health. Following his earlier work on sex selection in the US and Canada, his 2019 paper, published in the Journal of Political Economy, argues that de-collectivization of agriculture in China in the early 1980s increased sex ratios above and beyond changes attributable to the one-child policy. Recent work has focused on air pollution, including an April 2020 study on the ambiguous impact of COVID-19 on air quality in China.

Almond earned a BA in economics from Carleton College in Minnesota and a PhD in economics from the University of California, Berkeley. He served as a staff economist on the White House’s Council of Economic Advisers during the Clinton Administration and was a post-doctoral fellow at the NBER. He has been a Fulbright Scholar at Beijing University, received a Faculty Early Career Development award from the National Science Foundation (NSF), and served as a mentor in the NSF’s Diversity Initiative for Tenure in Economics. He currently serves as a mentor for the Bridge to the PhD program at Columbia and is a visiting professor of economics at Uppsala University.

Almond and his wife have four girls aged 17, 14, 12 and 9 who are dual Swedish-US citizens. They enjoy snowboarding and spending summers in the Catskill Mountains.