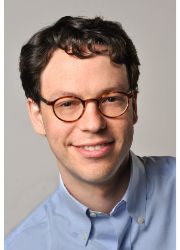 Alex Gelber is a tenured Associate Professor at the University of California, Berkeley Goldman School of Public Policy. He is a research associate in the NBER's aging and public economics programs. Beginning in July 2018, he will be a tenured Associate Professor in the University of California, San Diego Economics Department and School of Global Policy and Strategy.

Dr. Gelber's research concerns public finance, particularly issues relating to taxation and social insurance. Some of his recent projects have explored the effect of Social Security Disability Insurance benefits on recipients' earnings and mortality, as well as the labor supply effects of Social Security. He has also worked on estimating the effects of tax and other public programs on the labor market. Much of his work uses large, government administrative datasets to address these issues.

During 2012 to 2013, Gelber served as Deputy Assistant Secretary for Economic Policy at the U.S. Treasury Department, and in 2013 he served as Acting Assistant Secretary for Economic Policy and Acting Chief Economist at the Treasury. He was awarded the U.S. Treasury's Meritorious Service Award for his work on a wide spectrum of issues facing the U.S. economy.

Gelber earned an A.B. and a Ph.D. in economics, both from Harvard University. Prior to joining the faculty at the University of California at Berkeley, Gelber was an assistant professor at the Wharton School of the University of Pennsylvania. He completed a post-doctoral fellowship in aging and health at the National Bureau of Economic Research.

In his free time, Gelber enjoys spending time with his wife and two children, jogging, playing the piano, and hiking. He is attempting to learn how to surf, mostly unsuccessfully.