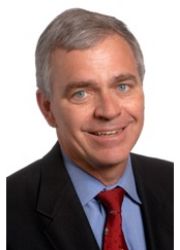 Robert Clark is the Stephen Zelnak Professor of Economics and Management, Innovation, and Entrepreneurship, Poole College of Management, North Carolina State University. He is also a Research Associate with the NBER's Aging program. Professor Clark is a member of the Pension Research Council at the Wharton School of the University of Pennsylvania and is a fellow of the Employee Benefit Research Institute and the TIAA-CREF Institute. Clark earned a Ph.D. and masters in economics from Duke University and a B.A. from Millsaps College.

In the past five years, Dr. Clark has organized four NBER conferences examining state and local pension and retiree health plans. These conferences have focused on the labor market effects of public retirement plans, the measurement of liabilities, and the impact of pension reforms across the country. Clark has conducted research examining retirement decisions, the choice between defined benefit and defined contribution plans, the impact of pension conversions to defined contribution and cash balance plans, and government regulation of pensions. In addition, Clark has been examining the role of supplementary retirement saving plans in the public sector. In other research, he has examined employer-provided financial literacy programs and how these workplace events affect retirement decisions. Another long standing interest has been the evolution of retirement systems in Japan and how population aging has affected the Japanese economy.

In his free time, Clark enjoys hiking in the mountains, especially in Grand Teton National Park where he spends most of the summer at his home near the park. In the winter, he attends many university basketball games. He also enjoys a daily run around the North Carolina State University campus.