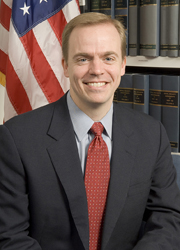 Jeffrey Brown is an Associate Director of the NBER Retirement Research Center and a member of the NBER's programs in Aging and Public Economics.

Brown is the William G. Karnes Professor in the Department of Finance at the University of Illinois at Urbana-Champaign, where he also serves as the Director of the Center for Business and Public Policy in the College of Business. Professor Brown is one of the seven members of the Social Security Advisory Board, a position to which he was appointed by President Bush and confirmed by the U.S. Senate. He has also been recently nominated by President Bush to become a Public Trustee of the Social Security and Medicare Trust Funds.

Professor Brown is a member of the National Academy of Social Insurance and a Fellow of the TIAA-CREF Re-search Institute, the China Center for Social Security and Insurance Research at Beijing University, Netspar, and the Employee Benefits Research Institute.

Prior to joining the Illinois faculty, Brown was an Assistant Professor of Public Policy at the John F. Kennedy School of Government at Harvard University. During 2001-2002, he served as Senior Economist at the Council of Economic Advisors, where he focused primarily on Social Security, pension reform, and terrorism risk insurance. During 2001 he also served on the staff of the President's Commission to Strengthen Social Security. He has also served as a consultant, expert witness, or expert panelist for the Executive Office of the President, the U.S. General Accounting Office, the U.S. Treasury, and the World Bank.

Professor Brown holds a Ph.D. in economics from the Massachusetts Institute of Technology, a Master of Public Policy degree from Harvard University, and a B.A. from Miami University.

When not engaged in economic and policy pursuits, Brown enjoys spending time with his wife, Lisa, and their three children.