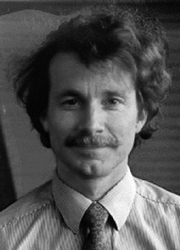 Axel Borsch-Supan is a Research Associate at the NBER, affiliated with the NBER's program on Aging.

Borsch-Supan is Professor of Macroeeconomics and Public Policy at the University of Mannheim in Mannheim, Germany, where he is also the Founding and Executive Director of the Mannheim Research Institute for the Economics of Aging (MEA), Speaker of the Collaborative Research Center on Behavioral Economics, and a past Dean of the Faculty of Economics. Borsch-Supan is a Member of the Board and Research Professor at the Center for European Economic Research (ZEW), a Fellow at the Center for Economic Policy Research in London, and Adjunct Faculty at the RAND Corporation in Santa Monica. He has previously held faculty positions at the John F. Kennedy School of Government at Harvard University and at the University of Dortmund.

Professor Borsch-Supan is the Coordinator of the Survey of Health, Aging, and Retirement in Europe (SHARE), a cross-national database of micro data on the health, socio-economic status, and social and family networks of individuals aged 50 or over. The survey, which is modeled on the U.S. Health and Retirement Study (HRS), is in its third wave of data collection and now includes 15 countries as participants.

Borsch-Supan has served in an advisory capacity to numerous German government agencies, including as Chair of the Scientific Advisory Board at the Federal Ministry of Economics and Technology, as member of the German President's Commission on Demographic Change, and as an advisor to the Federal Ministry for Family and Seniors. He has also advised the Organization for Economic Cooperation and Development and the World Bank.

Professor Borsch-Supan's current research addresses numerous issues in the economics of aging, including the political economy of pension reform, the effect of pension incentives on retirement behavior, and the effect of demographic change on labor and capital markets.

Axel Borsch-Supan is married and has three children, now students themselves.

He loves the mountains: skiing, climbing, trekking, and is a dedicated photographer.