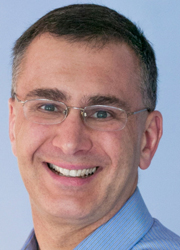 Jonathan Gruber is a Research Associate and the Director of the Program on Children at the NBER. He is also affiliated with the NBER's programs on Aging, Health Care, Health Economics, Labor Studies, Public Economics, and Education.

Gruber is a Professor of Economics at MIT, where he has taught since 1992. He is an elected member of the Institute of Medicine, as well as an Associate Editor of the Journal of Health Economics and a coeditor of the Journal of Public Economics. He has received numerous awards, including the American Society of Health Economics Inaugural Medal for the best health economist in the nation aged 40 and under, a FIRST award from the National Institute on Aging, and the National Science Foundation's Presidential Faculty Fellow Award. In 1997-98, he served as Deputy Assistant Secretary for Economic Policy at the Treasury Department.

Dr. Gruber's research focuses on areas of public finance and health economics. Some of his recent work has explored the effect of Social Security on retirement and living arrangements, the demand for cigarettes, and the link between health insurance premiums and insurance coverage.

Gruber lives in Lexington, Massachusetts with his wife Andrea and his three children Sam (12), Jack (9) and Ava (7). Any time not spent at work or with his family is devoted to playing tennis, reading fiction, and obsessively following professional sports.