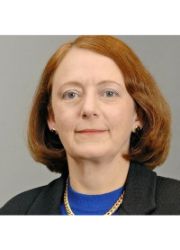 Olivia S. Mitchell is a Research Associate in the NBER's programs on Aging and Labor Studies. She has been affiliated with the NBER since 1981.

Mitchell is the International Foundation of Employee Benefit Plans Professor and Professor of Insurance and Risk Management at the Wharton School of the University of Pennsylvania. She is also the Executive Director of the Pension Research Council and the Director of the Boettner Center for Pensions and Retirement Research at Wharton.

Mitchell is a member of the Executive Committee of the American Economic Association and a past member of the Board of Directors of the National Academy of Social Insurance. She is an Institute Fellow of the TIAA-CREF Institute and a co-Principal Investigator for the Health and Retirement Study. Mitchell is an Editor of the Industrial and Labor Relations Review and several other journals. In 2001, she served on the President's Commission to Strengthen Social Security. In 2004, she received the INA Prize from the Accademia Nazionale dei Lincei, Rome, Italy.

Mitchell's research focuses on the economics of public and private insurance with a focus on retirement security. In her recent work she has examined the role of annuities in financing retirement, Social Security's money's worth, pension reform in developing countries, and guarantees in defined contribution pension plans.

In her occasional free time, she likes to hike and scuba dive with her family, particularly in countries having interesting pension systems and warm oceans in January.