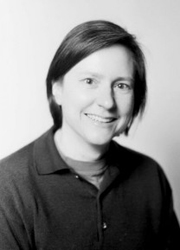 Dora Costa is a Research Associate in the NBER's Programs on Aging and the Development of the American Economy. She was a Fellow of the NBER's Aging Program in the 1995-96 academic year.

Costa is a Professor of Economics at the Massachusetts Institute of Technology. Costa's 1998 book, The Evolution of Retirement: An American Economic History, 1880-1990, was awarded the Economic History Association's Alice Hanson Jones Book Prize and the TIAA-CREF Paul A. Samuelson Award for Outstanding Writing on Lifelong Financial Security. Costa is a past recipient of an Alfred P. Sloan Research Fellowship and a current recipient of a Robert Wood Johnson Investigator Award and has been a Fellow at the Center for Advanced Study in the Behavioral and Social Sciences and a Visiting Scholar at the Russell Sage Foundation.

Much of Costa's recent work revolves around her role as Project Leader and Senior Investigator on Early Indicators of Later Work Level, Disease, and Death, an ambitious project funded by the National Institutes of Health that links vast amounts of information for a sample of Union Army veterans to allow researchers to study their aging process and compare it to that of later cohorts. Costa is particularly interested in analyzing changes in chronic disease and mortality and understanding the role of public health in explaining improvements in older age health and morbidity. She has begun to work on long-run trends in health by race using the Union Army records and plans to examine trends in living arrangements and retirement by race as well.

Dora Costa is married to Matthew Kahn, an Associate Professor at the Fletcher School at Tufts University. They have written papers together on locational choice, social capital, and the economics of emotion. They are also research assistants to Alexander Harry Costa Kahn, who will be three in October.