Census data, collected from U.S. Federal Census schedules from 1850-1940, provide a detailed picture of family structure and socio-economic conditions. For the first 30 years of the Early Indicators project, census was one of three data sets making up the Union Army sample (Military and Disease being the other two data sets). In the last 5 years, however, census collection has become the principal data set for the Veteran’s Children’s Census sample.

The U.S. Constitution requires that a population census be taken every 10 years in order to apportion seats in the U.S. House of Representatives and determine the number of votes in the Electoral College and appointments in state and local legislatures. Due to privacy issues, Congress has stipulated a 72-year restriction to access Federal Census schedules. Because of this restriction, the most recent census manuscript available is from 1940. The 1850 census was the first to enumerate all household members by name, not just the heads of household, as well as their ages, occupations, birthplaces, and the value of their real estate. Since the majority of Civil War soldiers in our samples were born around 1840, the 1850 census provides a good picture of their early lives.

When Early Indicators began census linking in 1992, the most recent census publicly available was from 1910. The Union Army sample of 332 companies was searched and linked to 1850, 1860, 1900, and 1910. Linking depended upon the technology available at that time, which included microfilm and a Soundex indexing system. In time, however, advances in technology, additional census releases, and the advent of Ancestry.com and FamilySearch.org enabled researchers to link soldiers more efficiently and with greater accuracy. Thus, they were able to link the last companies of the Union Army sample (27 companies from Indiana and Wisconsin) and all subsequent samples to every census decade available from 1850 to 1930 (all but the lost 1890 census which was destroyed in a fire).

Quality codes indicating the strength of match were assigned to each census household, using a range of 1-4, with 1 being the strongest, verified match and 4 being the weakest.

Soldier Quality Codes: Possible soldier matches on the census manuscript were compared with information from military data previously collected to determine the strength of the match. Researchers assigned a quality code to indicate the reliability of the linkage or, in other words, the degree to which information from the PEN and CMSR align with information in the census. Although great effort has been made to ensure that the quality codes are specific and objective, some subjectivity is involved in each assignment, particularly for weaker matches. In all cases an individual found in the census must have a name and approximate age match to a soldier’s pension information.

Quality codes have been used with the census data in an attempt to indicate the accuracy of linkage. The codes were designed to be as concise and objective as possible. However, there are many subtleties of census research that cannot be codified. The codes should, nonetheless, prove to be valuable guides to data users. See the codebooks for specific quality code rules. 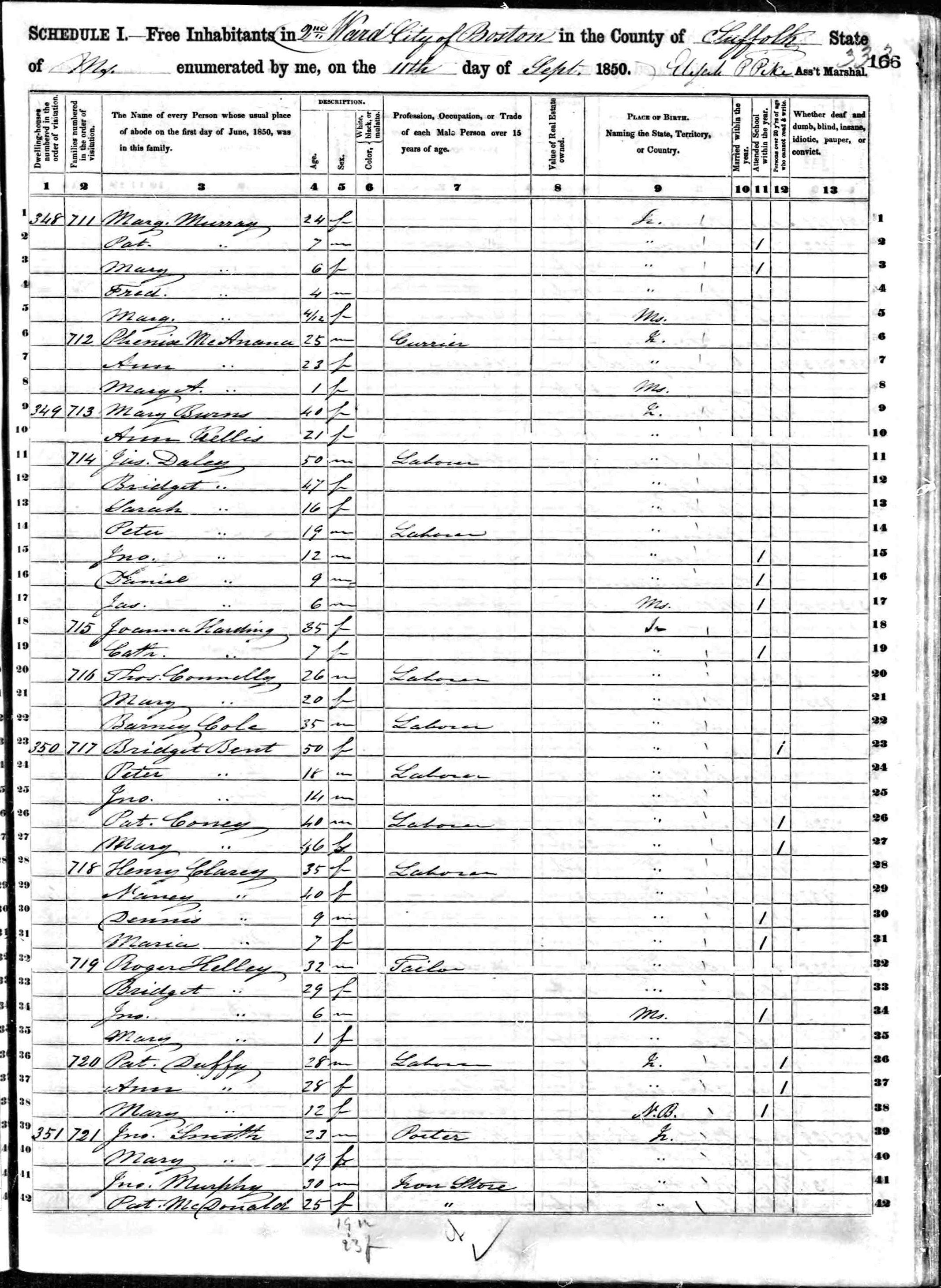 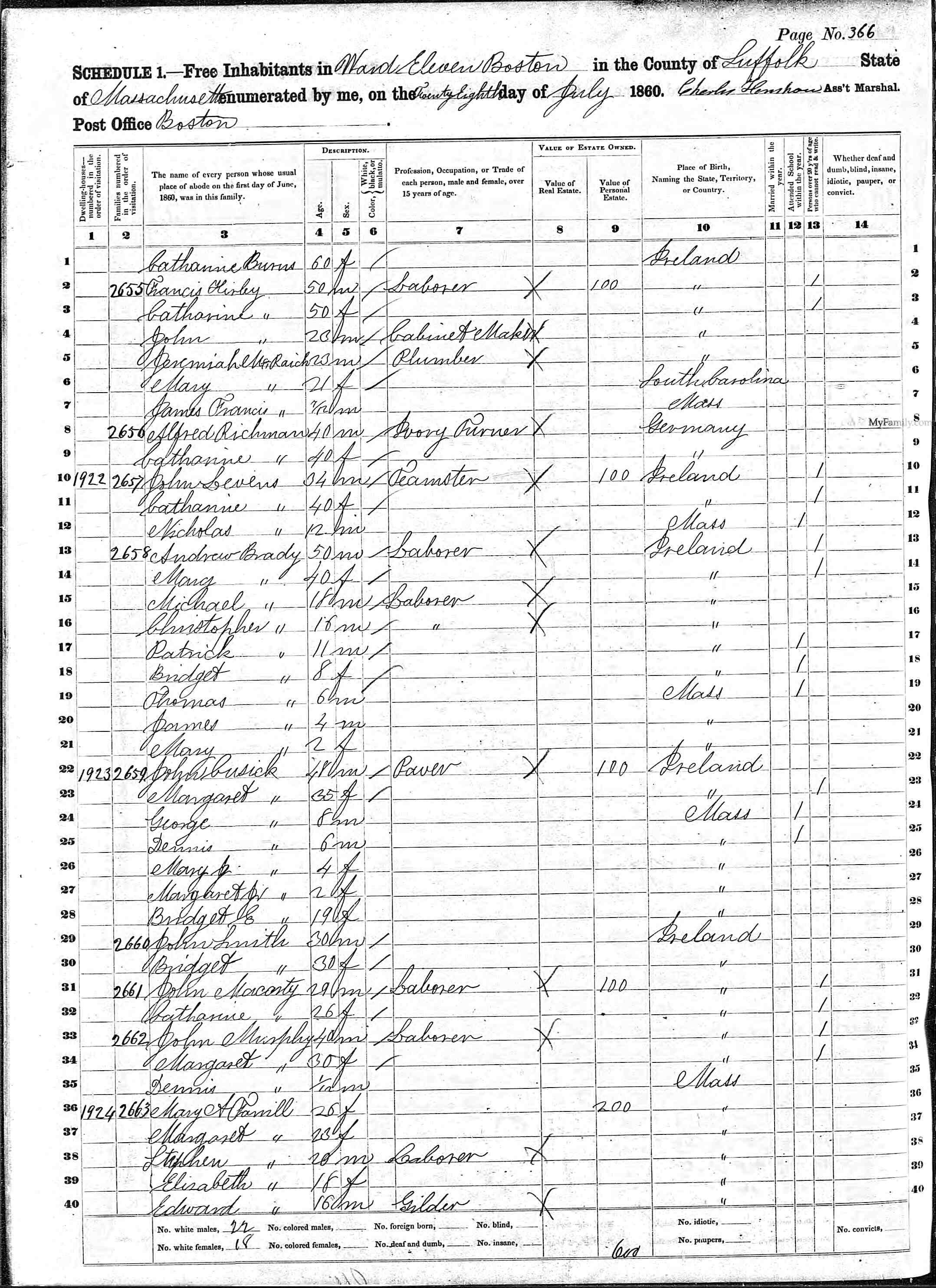 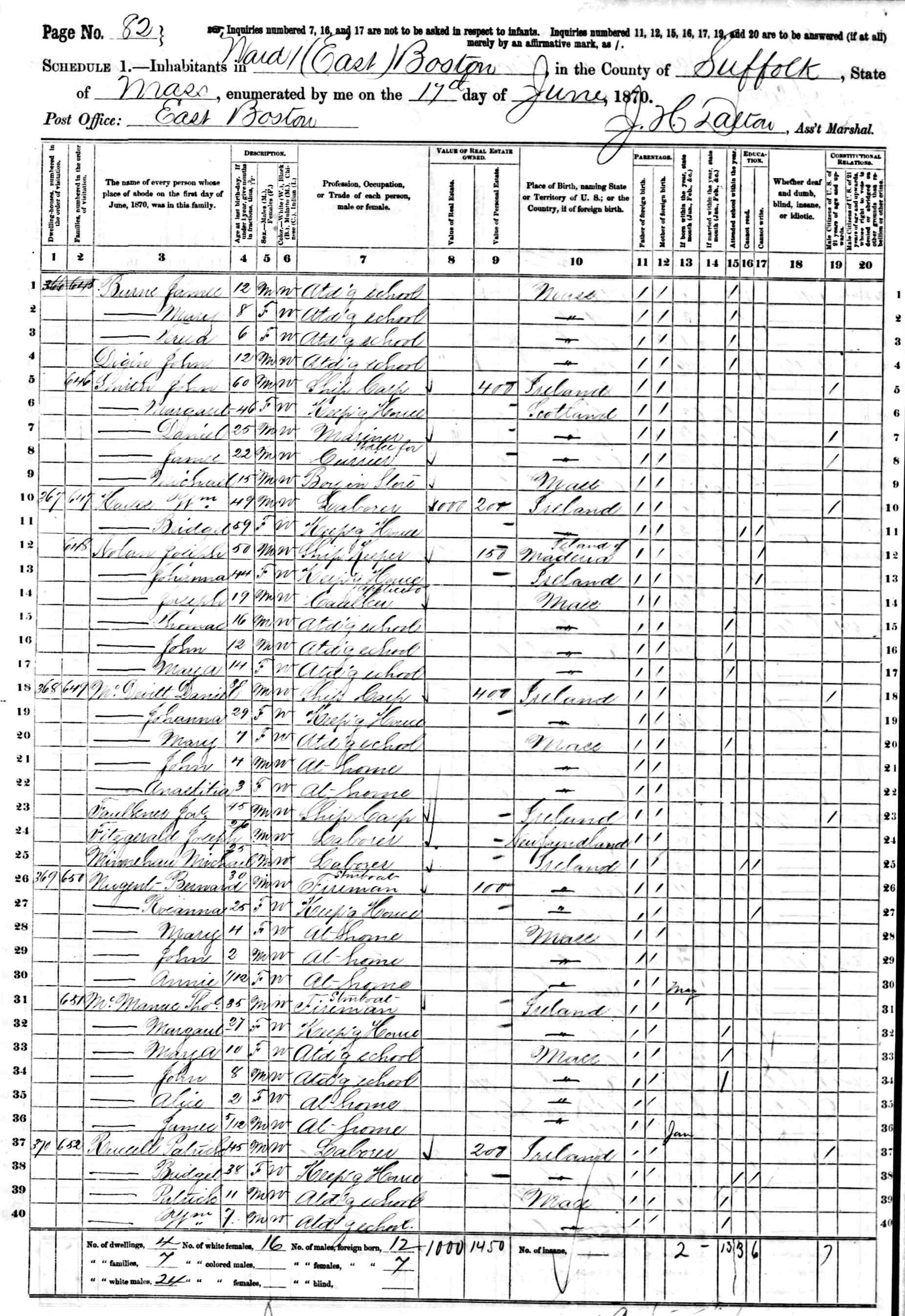 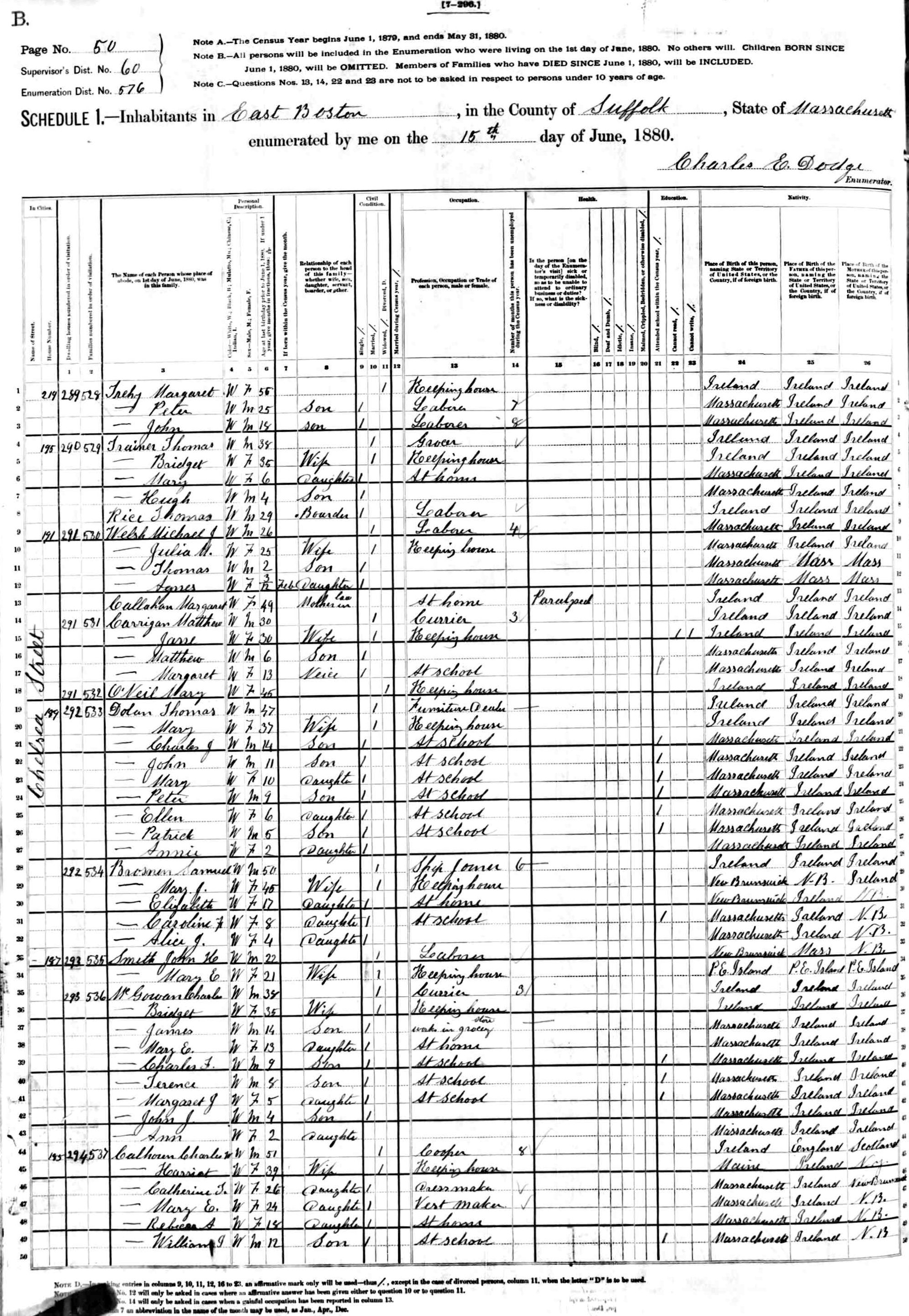 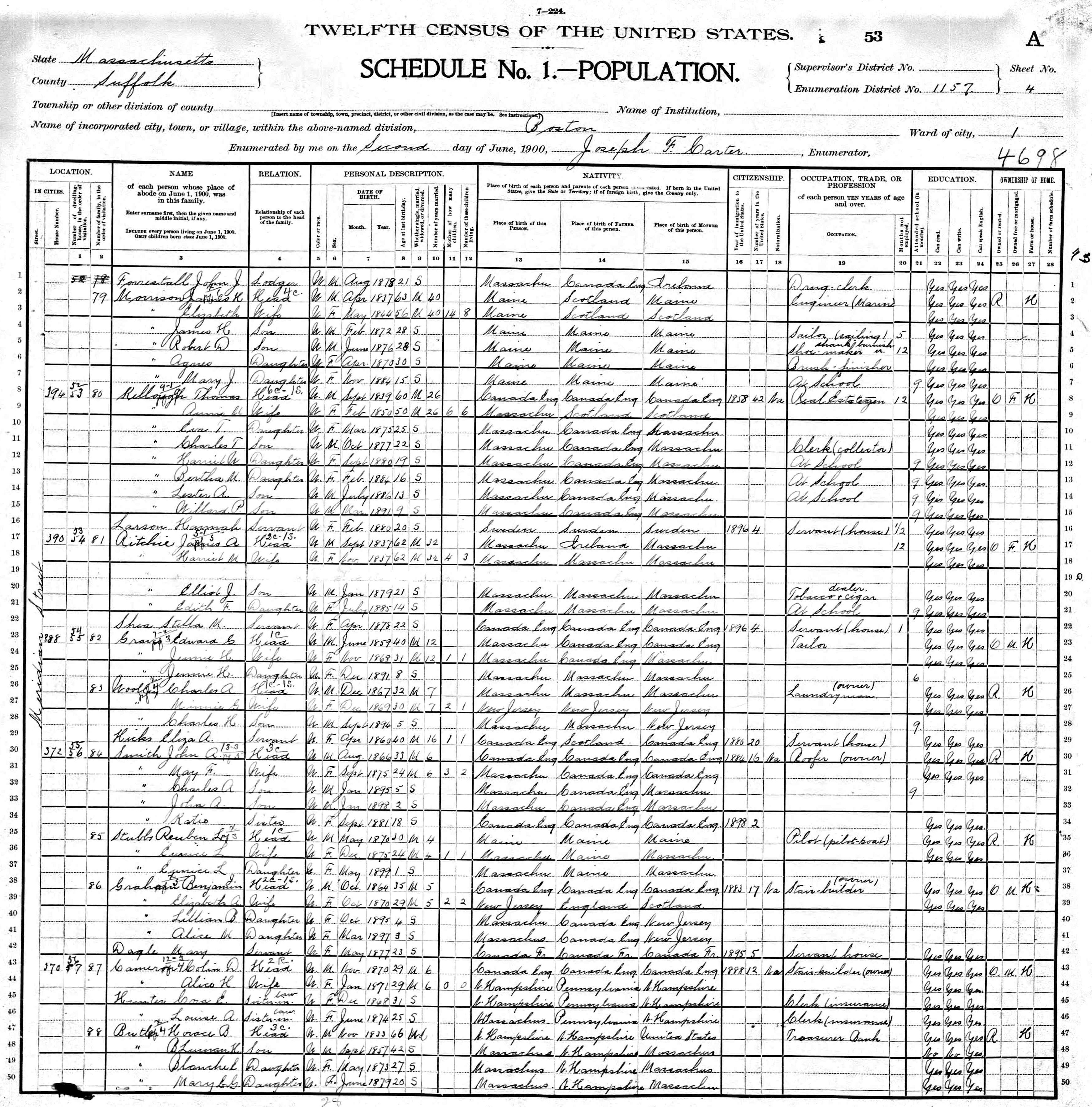 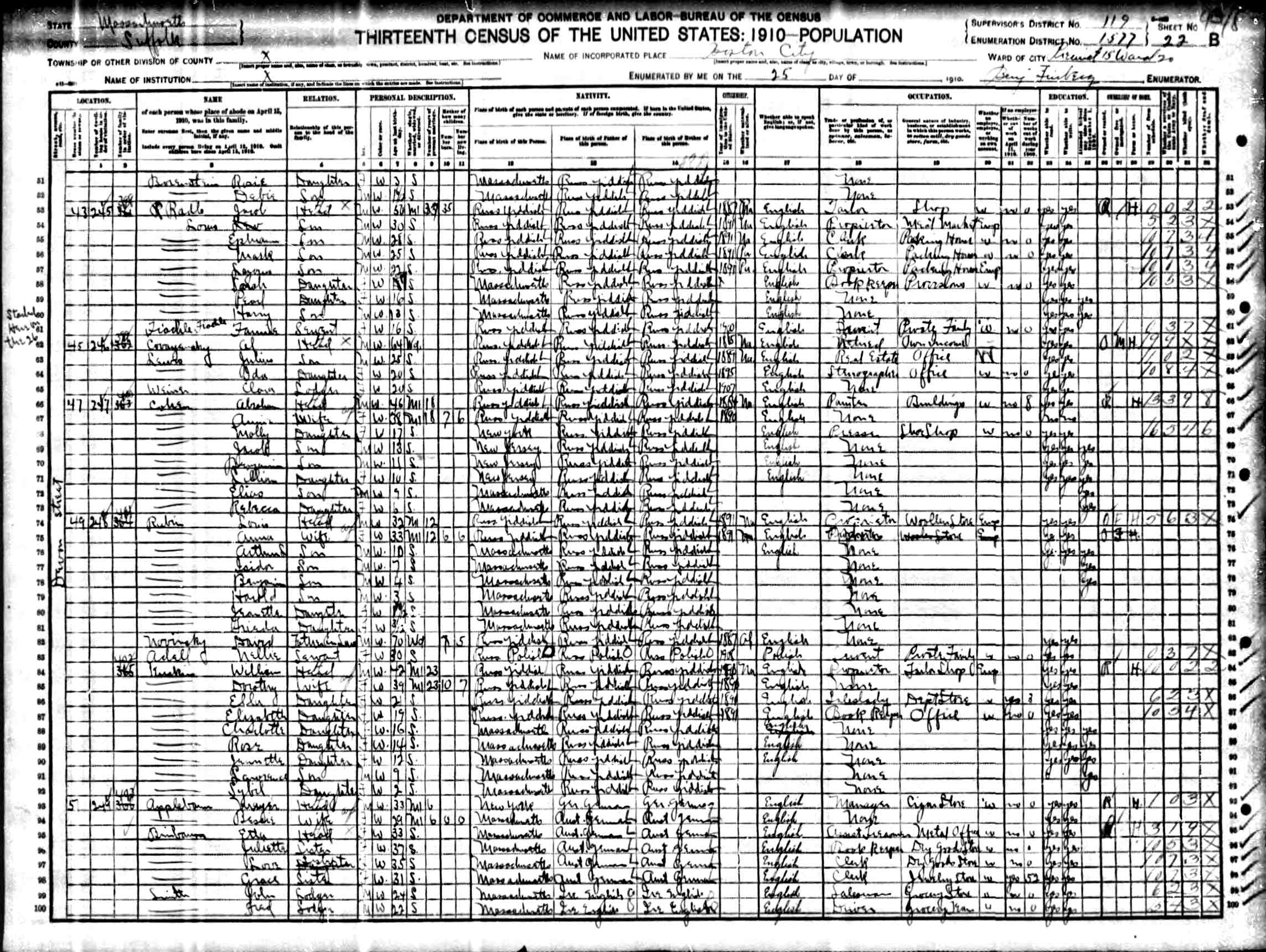 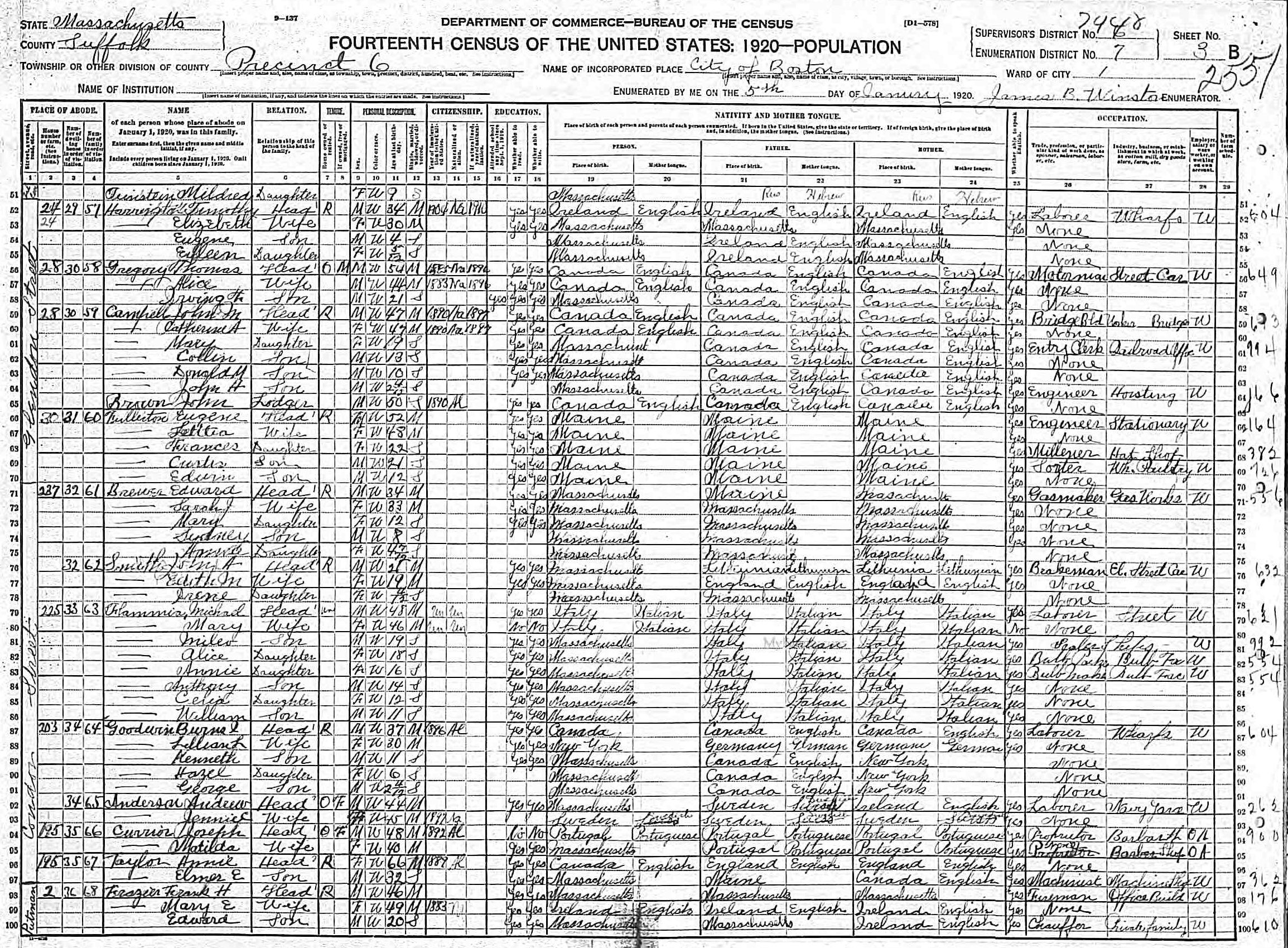 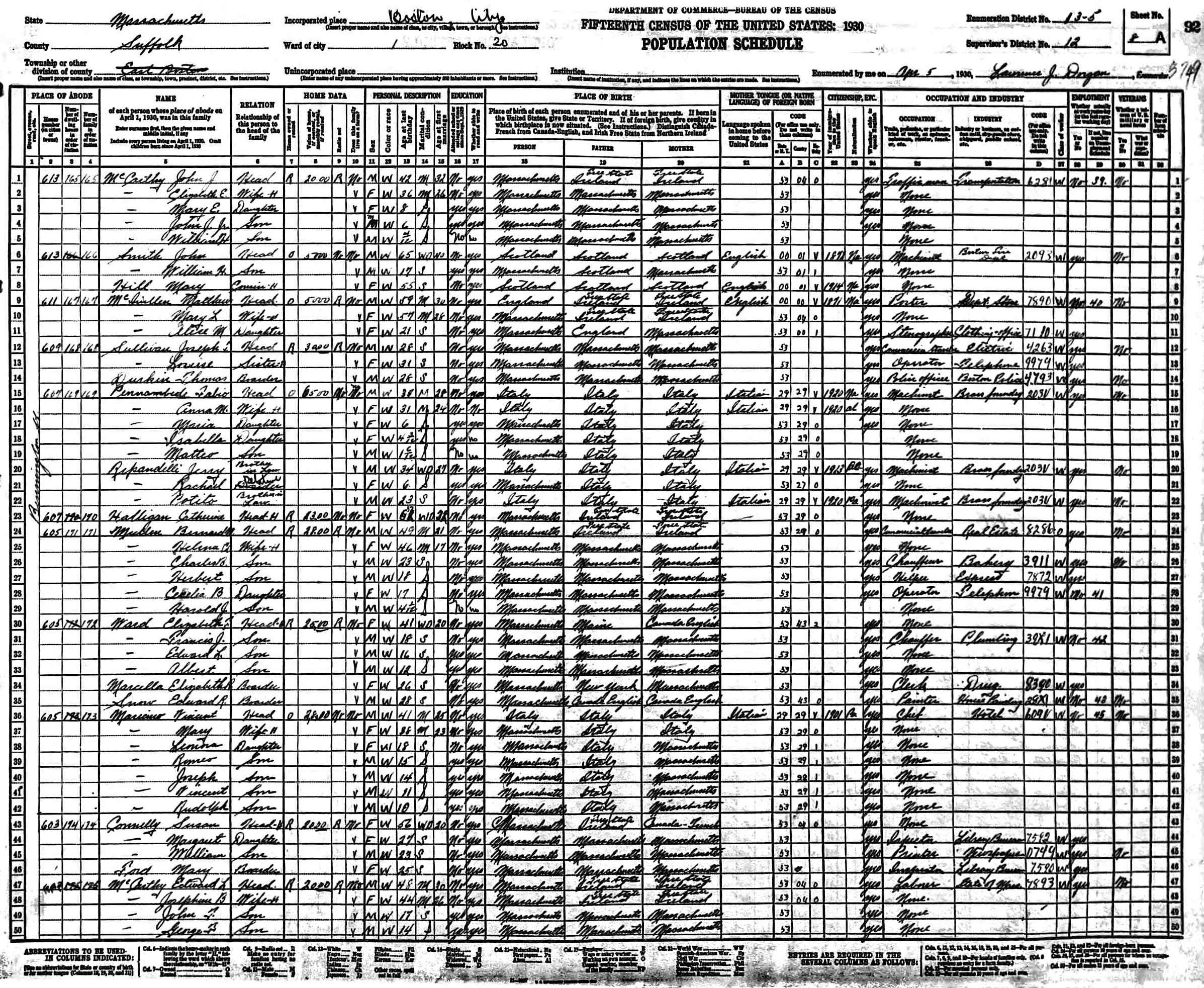 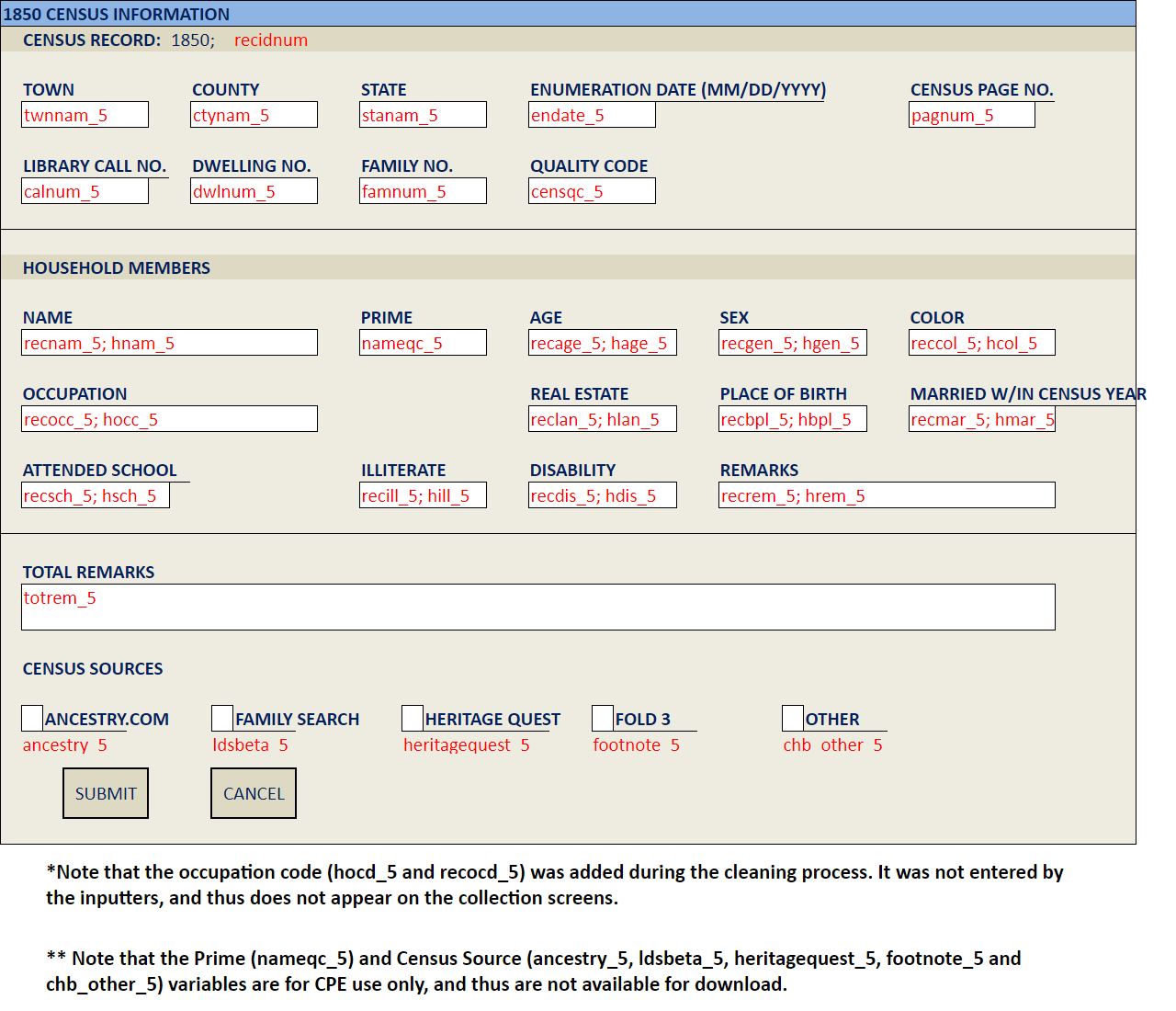 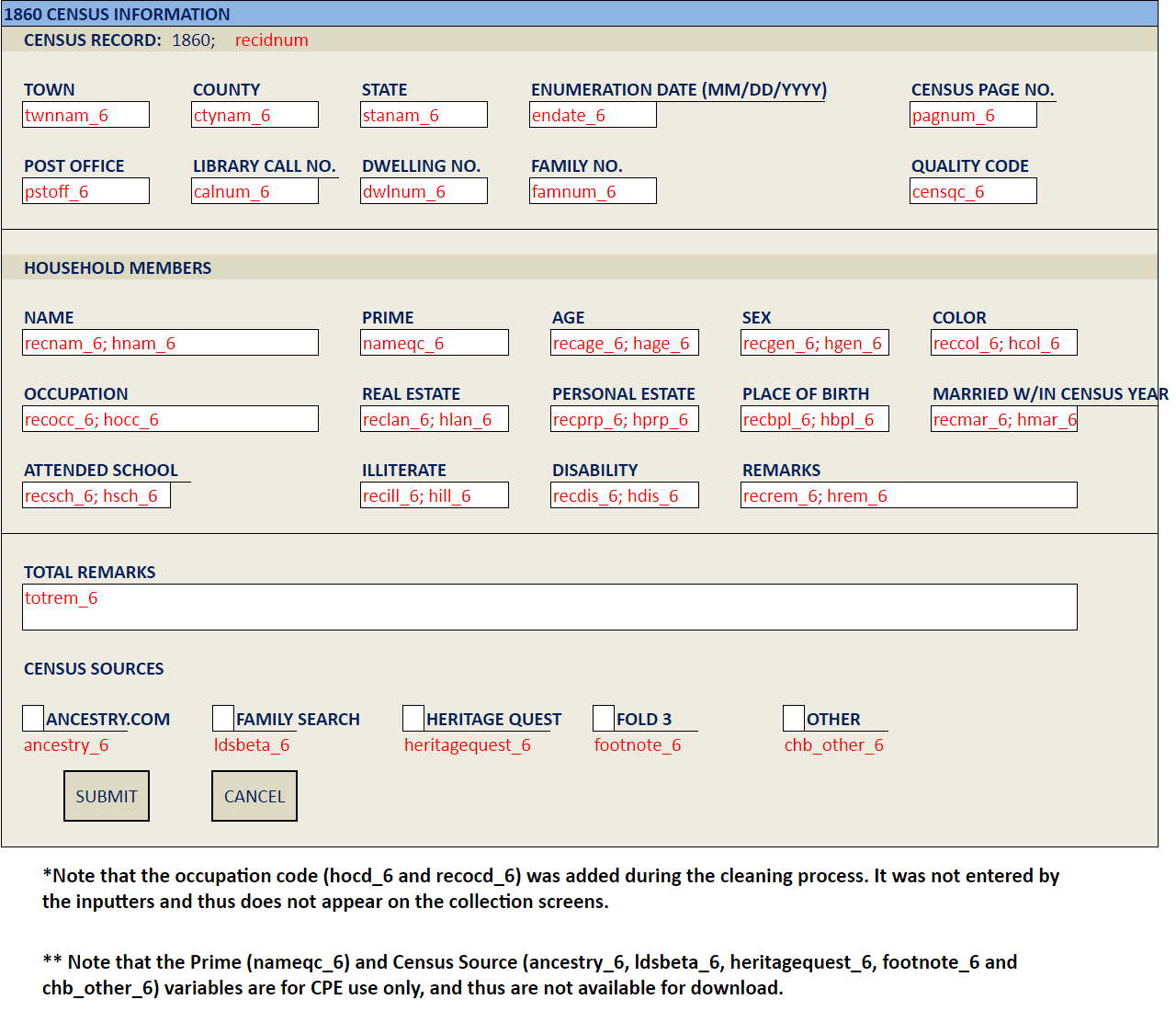 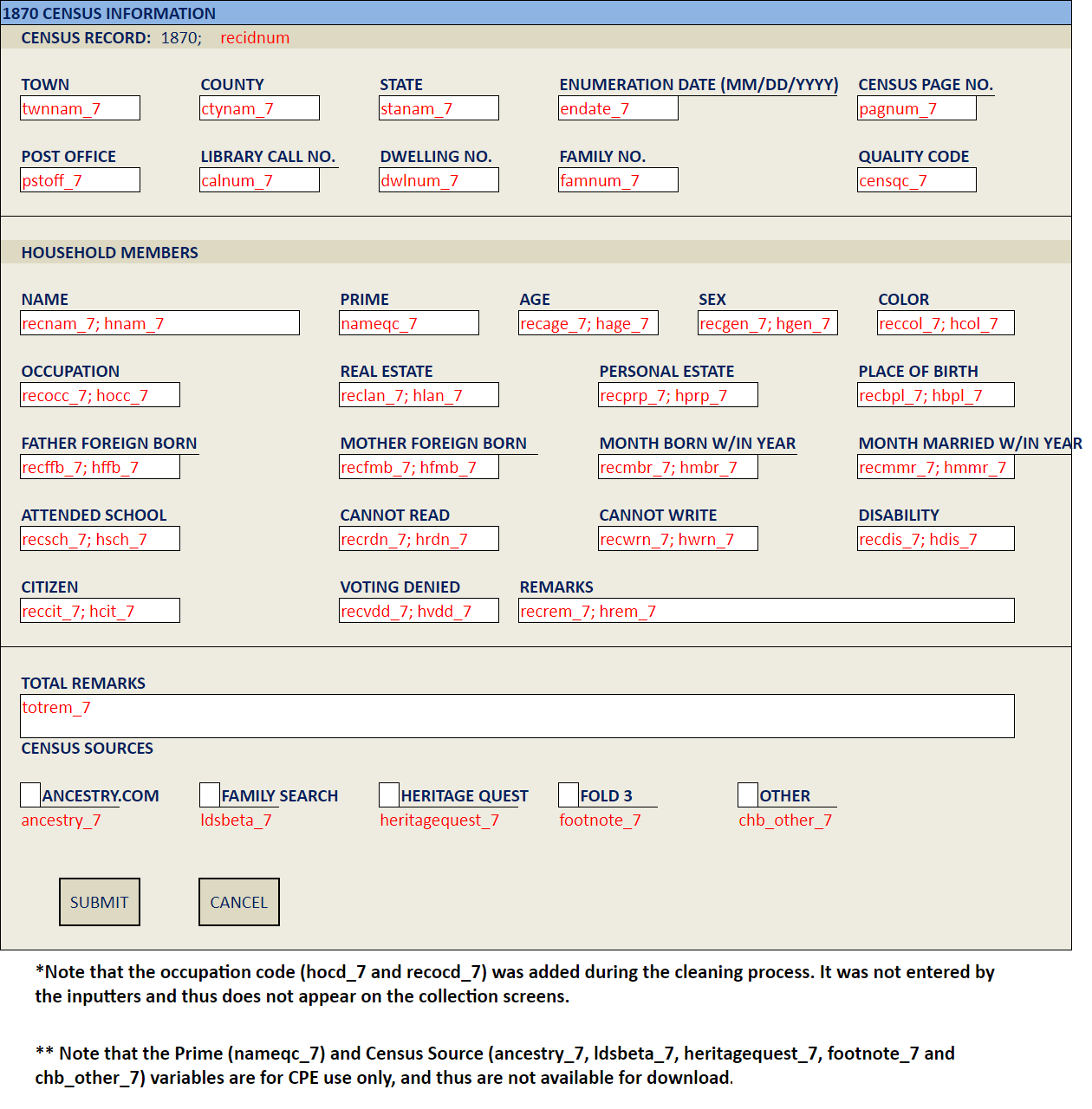 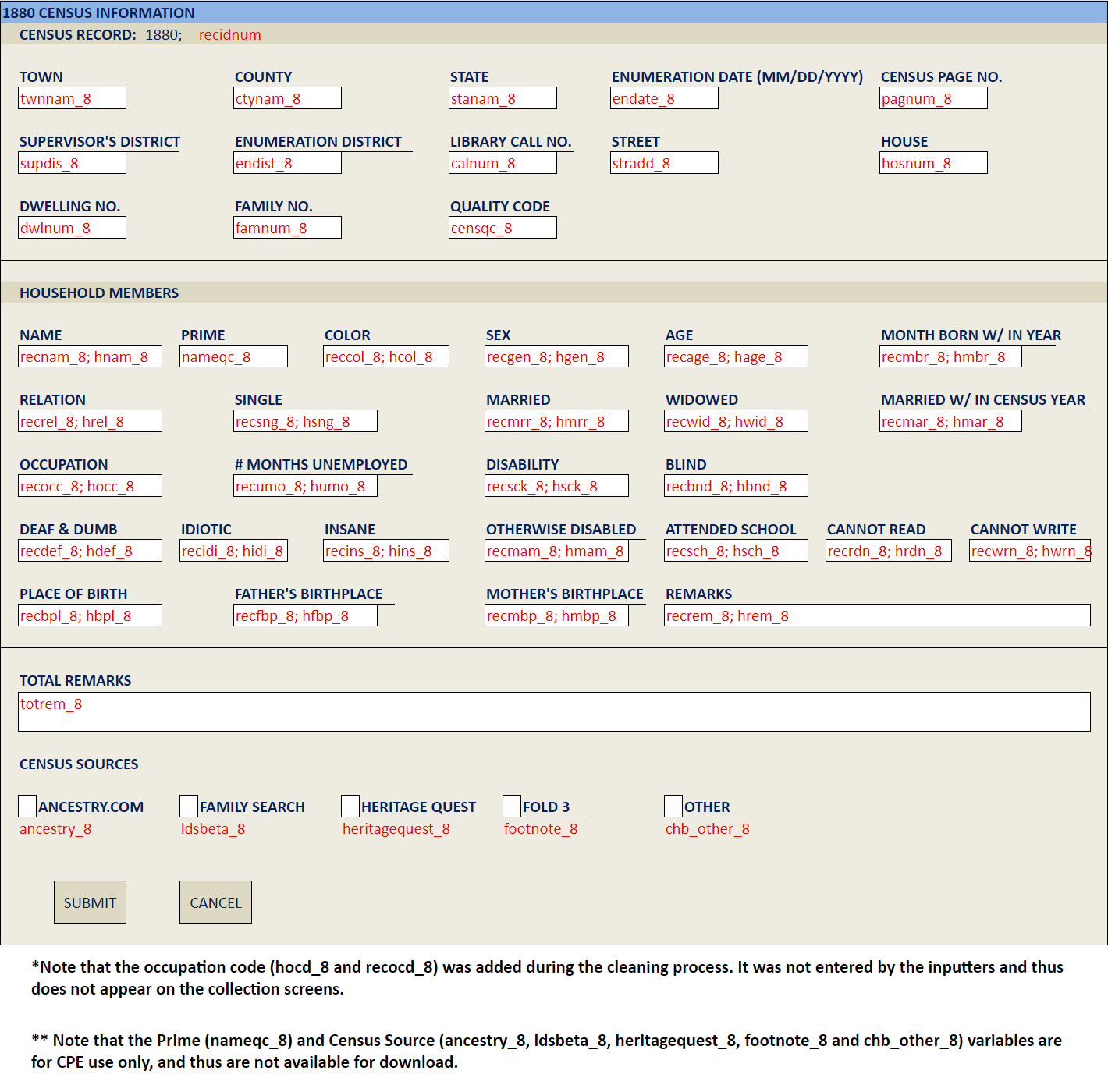 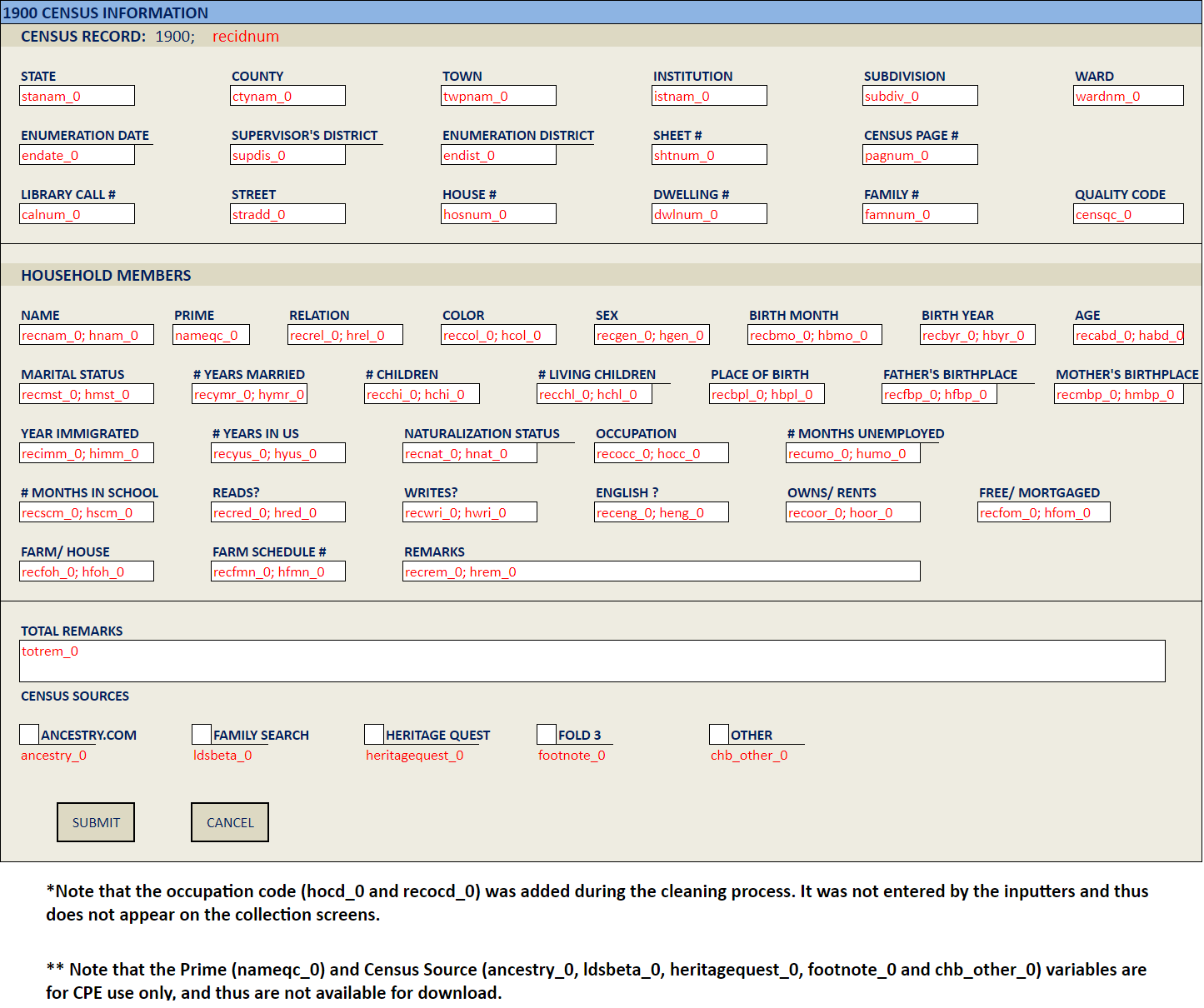