Using both administrative data and surveys, we found that in the first one to two years of coverage, Medicaid increased utilization of many different kinds of care, including outpatient care, prescription drugs, hospitalizations, and emergency department visits. 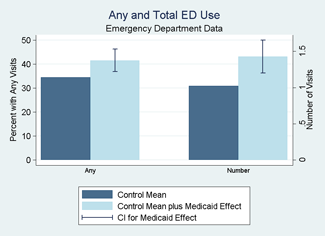 Medicaid increased visits occurring during both standard hours (weekdays) and outside of standard hours (weekends and evenings) by over 40 percent. It increased ED visits classified as "non-emergent," "primary care treatable," and "emergent, preventable." We found no statistically significant change in the use of visits classified as "emergent, non preventable." It increased outpatient emergency department visits (visits that did not result in a hospital admission), but we found no statistically significant increase in ED visits that did result in a hospital admission. 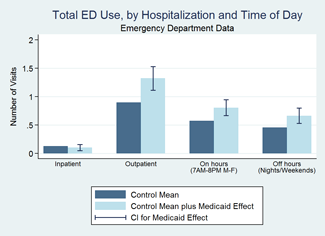 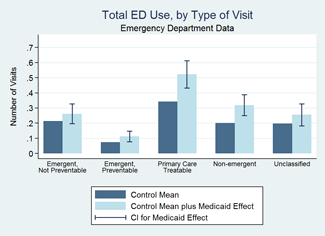 Estimated Effect of Medicaid Coverage on ED Use over Time. 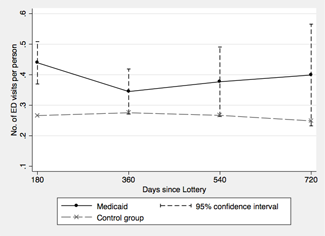 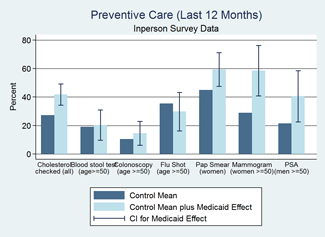 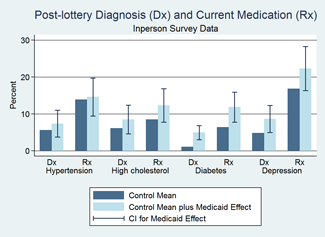 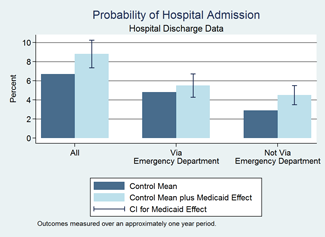 Using commercial credit reports and surveys, we found that Medicaid reduced the financial hardship of medical care for recipients.

In the first one to two years of coverage, Medicaid improved self-reported health and reduced depression, but had no statistically significant effect on several measures of physical health. 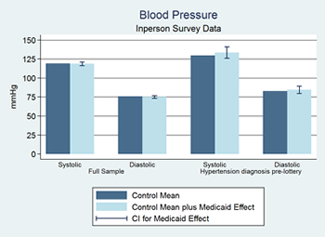 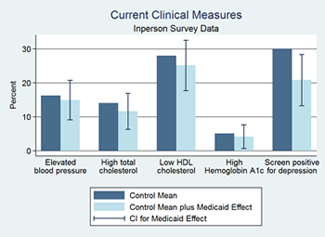 Using state and federal administrative data, we found that Medicaid coverage had no statistically significant effect on labor market outcomes. 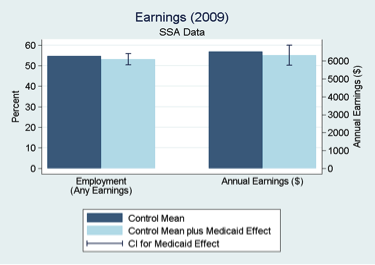 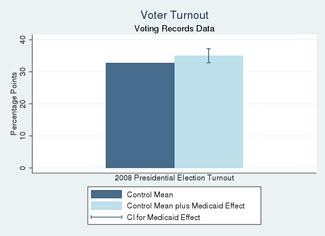 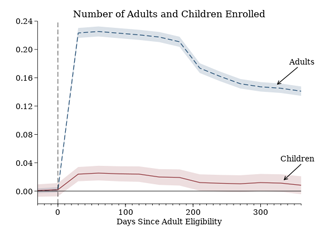