Following its launch, Japan's cotton spinning industry increased its output more than 20 times from 1888 to 1900, and 2.8 times more from 1900 to 1914. The value of exports exceeded that of imports in 1897, and by the early 1930s the three largest textile firms in the world were all Japanese. This spectacular growth was at the root of the so-called East Asian miracle, the nature and policy implications of which are still subjects of active debate. More than a story of successful technology adoption; the industry created important innovations of its own. The project enables an analysis behind inter-firm productivity differentials and the relative importance of incumbent advantage. The project examines the coevolution of industries, their systems of corporate governance, and labor practices. The project will inform policy decisions concerning the roles of government policies on innovation and competitive advantage.

The project uses detailed, high-quality historical data on the Japanese cotton spinning industry to investigate the important driving factors for the formation and functioning of individual companies. The project digitalizes and brings together various archival records, including detailed operational and financial reports, prices and wages, hired labor, and information about key individuals (founders, major shareholders, executives, top managers and engineers) for the universe of all firms, from the time of the industry's inception until the end of World War I. Conventional wisdom emphasizes the role of government industry promotion and its protectionist role, but the project's early results indicate that innovation was spearheaded by private entrepreneurs. New technologies and markets developed through private initiative, as resource reallocation, was facilitated by novel organizational forms and competitive markets. Government contributed primarily through preventing entrenched monopolies and ensuring the conditions for free entry and fair competition. 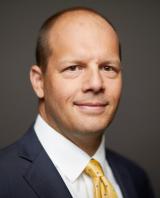 This project is supported by the National Science Foundation under grant number 1632833.

Japan had a war for talent a century ago. Silicon Valley can learn from it
News Reference
Source: Quartz at Work
Read the research here.