A Role for Fossil Fuels in Renewable Energy Diffusion 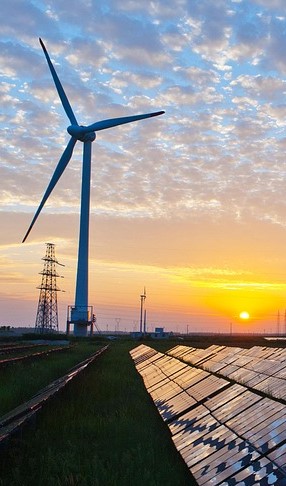 Historically, the most successful countries in transitioning to renewable energy were those able to handle supply variability through fast-reacting fossil fuel generation systems.

Successful development of clean renewable energy requires dealing with the variable nature of renewables. Because peak production of wind and solar energy may not coincide with peak energy demand, particularly for electricity, either energy storage or a backup source of energy supply is needed to ensure a steady supply of power throughout each 24-hour cycle. With low-cost storage options not widely available, fast-reacting fossil fuel backup capacity is one way to fill the gaps between electricity demand and the supply of renewables. Examples of such capacity include most natural gas generation technologies, combined heat and power sources, and integrated gasification combined cycle power plants.

In Bridging the Gap: Do Fast Reacting Fossil Technologies Facilitate Renewable Energy Diffusion? (NBER Working Paper 22454), Elena Verdolini, Francesco Vona, and David Popp analyze renewable energy diffusion to highlight the importance of backup capacity. They point out that increased development of solar and wind power can increase demand for fast reacting fossil fuel capacity that can be turned on and off quickly. The need for such backup systems will become more burdensome as the penetration of renewables increases. Moving forward, the cost of these needed backup sources of energy has to be factored in for accurate calculations of the cost of transitioning to renewable energy to be made.

The researchers analyze data on the installed capacity of renewable energy, including solar, wind, geothermal, ocean/tide/wave, and biomass, in 26 Organization for Economic Cooperation and Development (OECD) countries between 1990 and 2013. All other things equal, more renewable sources were installed in those countries with fast-reacting fossil fuel plants available to compensate for supply variability. A one percentage point increase in the share of fast-reacting fossil generation capacity in a country is associated, on average, with a 0.88 percentage point increase in the long-run share of renewable energy. The authors note that as the push for clean energy continues, it will be important to recognize the need for—and the costs of—complementary fast-reacting fossil backup technologies.