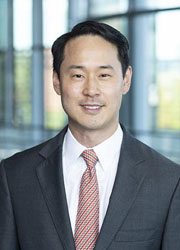 The NBER is pleased to introduce Dr. James Choi, professor of finance at the Yale School of Management, as a new co-director of the Retirement and Disability Research Center (RDRC). Choi previously served as a scientific advisor for the RDRC. In addition to his roles at the NBER and Yale, Choi is an associate editor at the Journal of Finance and a TIAA Institute Fellow. His research spans behavioral finance, behavioral economics, household finance, capital markets, health economics, and sociology. Professor Choi's full bio may be found on his Yale faculty profile here.

Q: Your research team has published numerous studies on the implications of 401(k) plan design, employers' influence in these plans, and automatic enrollment for employees. Could you briefly recap some of what you have learned from your past work in this area?

Q: Could you illustrate some of the impact that your team's findings in this area have led to?

A: The work that I did on automatic enrollment with David Laibson, Brigitte Madrian, and Andrew Metrick was cited as motivation for provisions in the Pension Protection Act of 2006 that encouraged employers to automatically enroll their employees in retirement savings plans. Census data show that among workers with access to a 401(k), the share with an auto-enrollment feature increased from 4% in 2002 to 32% in 2012. Other data sources indicate that that fraction has continued to grow rapidly since then. For example, Vanguard's How America Saves 2019 publication reports that the fraction of Vanguard-administered plans that have automatic enrollment grew from 2% in 2004 to 32% in 2012 to 48% in 2018.

Recently, there has been a movement at the U.S. state level to create auto-IRAs. Employers that don't sponsor a 401(k) are required to automatically enroll their employees into contributing to a state-sponsored auto-IRA unless the employee opts out. Auto-IRAs have launched in California, Illinois, and Oregon.

Outside the U.S., the U.K., New Zealand, and Turkey have made automatic enrollment a central feature of their national pension schemes.

Q: Which related areas of research appear most promising or most critical for future study?

A: We have a lot of evidence on how automatic enrollment in a pension plan affects outcomes within that pension account. We have a lot less insight into how automatic enrollment affects other parts of the household balance sheet. In our recent NBER Working Paper 25876, co-authored with John Beshears, David Laibson, Brigitte Madrian, and Bill Skimmyhorn, we find that automatic enrollment creates no statistically significant increase in debt balances or financial distress, although the null effects on auto loans and mortgage balances are estimated imprecisely. Taha Choukhmane (NBER Postdoctoral Fellow in the Economics of an Aging Workforce) finds that in the U.K., being automatically enrolled in your current employer's pension causes you to save less in your next employer's pension if that second employer doesn't use automatic enrollment. But this dynamic crowding-out effect is absent if the second employer automatically enrolls its employees. In NBER Working Paper 18565, later published in the Quarterly Journal of Economics, Raj Chetty, John Friedman, Søren Leth-Petersen, Torben Nielsen, and Tore Olsen find that in Denmark, mandatory pension contributions (a policy different from but related to automatic enrollment) creates no crowd-out of other savings. More generally, it would be good to gain a greater understanding of the welfare consequences of automatic enrollment. Welfare economics becomes much harder to do when outcomes are so dramatically affected by minor changes in choice architecture, as inferring people's true preferences in this context is not straightforward.