This research project will investigate the causes of the rapid decline in and lack of revival of the variable annuities (VA) market since the 2007/2008 financial crises. The VA market accounts for about 40% of life insurer liabilities in the U.S. and ever increasing proportion of the US population has come to rely on it for old age support as defined benefit pension plans have declined over time. Yet very little is known about this market---how it operates and how it changes over time. The proposed research has two parts. The first part of this research project will assemble a large data set from various sources and use this data set to study the sources of the sharp decline in the VA market since the 2007/2008 financial crisis. The second part of the research project focuses on developing a course to train students to conduct research in the operation of the variable annuities market. The data collected for this project, which will be made available to other researchers, will encourage more research into this market. Given the increasing importance of variable annuities in retirement planning and the lack of understanding of this market, the results of this research project could lead to better policies to strengthen the VA market hence encourage better retirement planning.

Insurance is important for household welfare and life insurers play an important role in the market for financial intermediation. The variable annuities (VA) market makes up almost 40% of life insurer liabilities in the U.S., yet very little is understood about the functioning of this market. This market witnessed a sharp decline during the 2007/2008 financial crisis and has not rebounded since. This research project will assemble a large panel data set from various sources and use it to investigate the sources of the market decline. The research focuses on both supply and demand side factors in analyzing the market decline. The large rich panel data set will allow the PI to identify the sources of the effects of supply and demand side factors in the market's decline as well as test three different hypotheses as to why the market declined during the financial crisis. The second part of the study will develop a curriculum to teach graduate students to do research on various aspects of the VA market. The results of this research project will not only give us a better understanding of the variable annuity markets and life insurance generally; it will also help policy makers design better policies to encourage informed planning for retirement. By so doing, the proposed research will contribute to long-term savings, stable retirement incomes, and the stability of the U.S. economy. 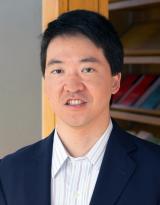 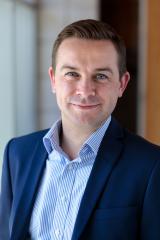 This project is supported by the National Science Foundation under grant number 1727049.