Over the past several decades, new medical technologies have generated dramatic improvements in health outcomes for many groups of patients. While a key ingredient in the development of any new medical technology is a scientific breakthrough, market incentives are often a critical determinant of which scientifically feasible medical technologies successfully make the transition from a scientist’s lab to a patient’s bedside.
Hence, the design of public policies that affect market incentives—such as the patent system and regulations such as those of the US Food and Drug Administration (FDA)—can have important effects on the rate and direction of medical innovation.

The goal of this project is to investigate whether our current system of patent and FDA policies fails to provide incentives for the development of some scientifically feasible medical technologies that would generate health benefits to patients. Our focus is the so-called “new uses” distortion, which may arise in cases where an offpatent drug has a new use discovered, such as the discovery that an off-patent diabetes drug may be an effective cancer treatment. There are few incentives for private research investments into such new uses of old drugs, and public research subsidies are not explicitly designed to encourage research into such new uses.

We will develop a conceptual framework for policy analysis (Aim 1) and will develop newly-constructed data (Aim 2) to empirically test (Aim 3) whether this “new uses” distortion results in some scientifically feasible drugs never reaching patients. We will then attempt to quantify the health value to patients of these “missing” medical technologies (Aim 4), in order to estimate the potential health gains that could be realized under alternative
policies.

The results of this project aim to contribute more broadly to the ongoing debate about how best to deliver evidence-based medicine to patients, particularly in the emerging field of personalized medicine. Specifically, to the extent that the “new uses” problem exists, the magnitude of the invisible costs of the “missing” innovations it may cause are growing as personalized medicine becomes increasingly important. Personalized medicine is based on the idea of separating patients into subgroups, under the assumption that drugs that
work for one subgroup of patients may not work well for another. As progress is made in science and medicine about how best to classify patients into such subgroups, opportunities will arise for new medically valuable matches between drugs and more targeted groups—and many or most of these new matches would likely
come from the stock of existing drugs. Maximizing the health of an aging population will thus increasingly
depend on policies that promote the most effective use of medications across patients and conditions. 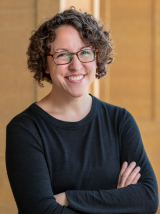 Supported by the National Institute on Aging grant #P01AG005842