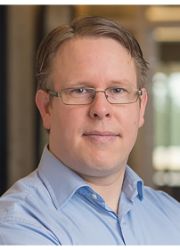 Kevin Milligan is a Professor at the Vancouver School of Economics at the University of British Columbia. He is a Research Associate in the NBER's aging and public economics programs and a member of the NBER's international social security working group.

Dr. Milligan's research has explored a wide variety of labor economics and public policy questions in Canada, the U.S., and elsewhere. He has written about the effects of maternity leave and child tax credits on the wellbeing of children and about taxation and inequality. His work also explores issues in the economics of aging, such as whether older individuals are healthy enough to work longer and how older individuals who are not working and not yet eligible for public pension benefits avoid economic hardship.

Milligan recently served as an adviser to the Canadian Department of Finance on its Review of Federal Tax Expenditures. He is a Fellow-in-Residence at the C.D. Howe Institute, a Canadian think tank, and a member of the Institute's Fiscal and Tax Competitiveness and Human Capital Policy Councils. In 2015, Milligan was awarded the Doug Purvis Memorial Prize for a highly significant contribution to Canadian economic policy for his authorship of a C.D. Howe Institute report on tax policy. Milligan serves on the research committee of the Canadian Tax Foundation and was previously on the Board of Directors of the U.S. National Tax Association. He is the co-editor of the Canadian Tax Journal and has served as an associate editor of Canadian Public Policy.

Milligan received his Ph.D. in Economics from the University of Toronto and a bachelor's degree from Queen's University. His Ph.D. thesis was awarded the National Tax Association Dissertation Award in 2002.